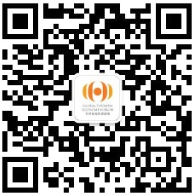 Jiangsu comes steeped in China's vast and ancient heritage but it has embraced the nation’s remarkable contemporary economic rise like few other regions.

Situated in the heart of the Yangtze River Delta, Jiangsu boasts natural wonders through its waterways, and its rolling fields and mountains, attractions that lure ever more tourists in search of destinations that focus on health, wellness and lead to a better way of life. The province’s major metropolitan centres have kept pace with the needs of the modern holiday-maker, too, as spending on infrastructure increases yearly and projects such as high-speed intercity rail lines and roads make access, to everywhere, easier than ever before.

But the true story of Jiangsu’s development – and its potential – is all there in the numbers.

The coastal province’s GDP passed RMB 9 trillion for the first time in 2018 coming in at around RMB 9.3 trillion. It was the second highest in the country behind Guangdong at RMB9.7 trillion, according to state media outlet Xinhua.

Until August 2018, there were around 2.8 million private enterprises across Jiangsu – more than anywhere else in China and a massive increase from the 286,000 registered in the region in 2002.

Connected in China, and to the world

These enterprises feed a province full of heritage, with a rich diversity of attractions and a wealth of possibilities. Home to around 80.5 million people, Jiangsu covers an area of more than 107,200 km2 . Jiangsu has the most plains among Chinese provinces. Over 70% of Jiangsu’s landscape is plain, an area of 70,000 km2. In addition, Jiangsu owns the longest canal in China, 690 km of Jiang-Hang Grand Canal. It passes through 8 prefectural cities, including Xuzhou, Suqian, Huai'an, Yangzhou, Zhenjiang, Changzhou, Wuxi, and Suzhou. Until today, compared to other Chinese provinces, Jiangsu section of the Grand Canal is well preserved and has the highest rate of usage. Its section is acclaimed as “Golden Canal”.

The fact that the province surrounds the sprawling city of Shanghai means the region is linked to major domestic and international transport hubs there. But cities such as Jiangsu’s own capital Nanjing, so tightly linked to China's past, have also embraced the very modern, and the future, by expanding airports, and tapping in to the country’s vast national high-speed rail system.

Welcome to China's ‘land of water’

Among the attraction the multitudes come to see are Jiangsu’s famed waterways. They long ago earned the province the name shuǐxiāng, or “land of water”, and the cultural centre of it all is the city of Suzhou, with its quaint canals and ornate garden settings, showcased most famously through the pavilions and pagodas of the Humble Administrator’s Garden. These are places where visitors down through the ages have come for contemplation, to indulge in the famed local cuisine, to rest and to recuperate. All these factors play an increasingly important role in both what modern tourists want from their holidays, and how service providers can cater for them.

Plans are afoot for even more expansion across Jiangsu, while ensuring that the region’s proud historical and cultural roots are persevered.

Technology is playing its part in the region’s economic growth, an example being the fact that the output of new energy vehicles rose by 100 per cent in 2018, according to China Provincial Competitiveness Bluebook. It also reported that Jiangsu’s creatives were awarded 50 national technology prices in 2018 – the most for any region.

Diversification has been earmarked by Jiangsu’s leaders as the path to the future. The release of the “Opinions on Promoting the High-quality Development of the Private Economy” paper this year revealed that the province aimed to increase the value of local enterprises to about 60 per cent of regional GDP by 2022, by which time the proportion of private investment in social investment will increase to about 75 per cent.”

Scan the QR code to follow us on Wechat. Wechat ID: GTEForum